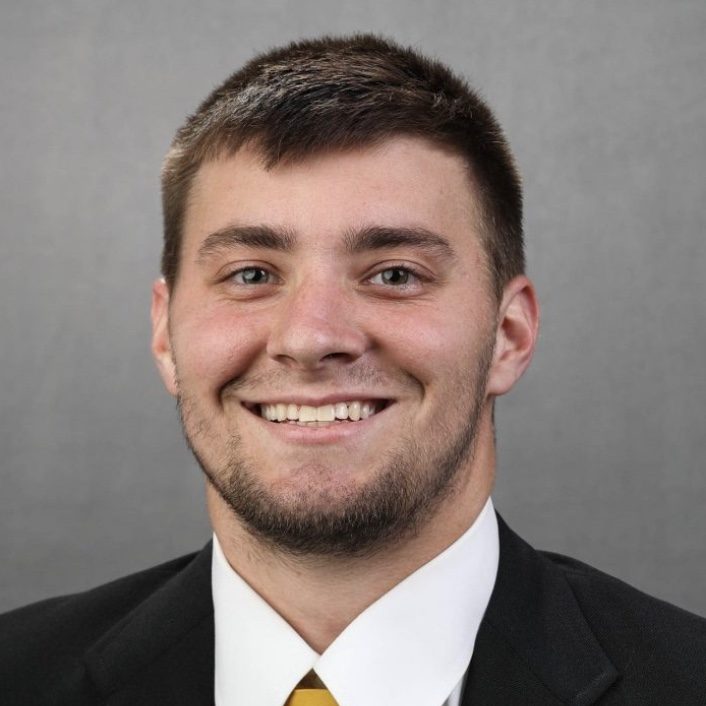 Keith Duncan joined Healthy Birth Day, Inc. as a contract worker for the Every Kick Counts campaign in January 2022. Keith has a special connection to Count the Kicks, as a former decorated placekicker for the University of Iowa Hawkeyes football team, and is a close friend and former teammate of punter Tory Taylor, who helps the organization generate revenue through sale of the popular “Punting is Winning” RAYGUN T-shirts.

Through a new dedicated fundraising and marketing campaign, Keith will help Count the Kicks continue leveraging its important messaging and ultimately help save lives. He is passionate about giving back to others, and he is dedicated to helping kickers and punters at all levels achieve their dreams, prompting the founding of Keith Duncan Kicking, LLC in Des Moines, Iowa. Keith earned his undergraduate and master’s degrees from the University of Iowa.

During his five years at the University of Iowa, Keith developed a unique bond with the campus, his teammates, coaches, fans, culture and community. In addition to receiving numerous academic honors, some of his notable accolades with Iowa Football include being named Consensus All-American, Bakken-Anderson Kicker of the Year for the Big Ten Conference, and Big Ten Network All-Decade Team in 2019.