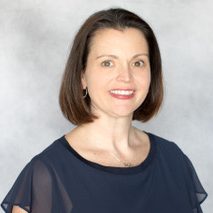 My name is Nora Nicholson, and my family includes with my husband Dana, and my daughters Marlo and Lila. I am so proud to be the Count the Kicks Ambassador.

On June 9, 2011, our lives were changed forever when my son Bryce was born still at 37 weeks due to a true knot in the umbilical cord. I received attentive medical care during my pregnancy, but none of my medical providers encouraged me to do kick counts. When I told my nurse practitioner that I had been feeling him less, she shrugged it off. That conversation still haunts me because of how powerless I felt in that situation.

In my subsequent pregnancy with my daughter Lila in 2012 even though I was now ‘high risk’ none of my medical professionals suggested I do kick counts to monitor her movements. I was filled with anxiety the entire pregnancy and felt helpless. I wish I had known about Count the Kicks so that I could have felt more empowered over the health of my baby.

I am inspired to work with Count the Kicks to spread the word to mothers and medical professionals that counting kicks saves babies. On average New York loses 1,465 babies a year to stillbirth. I hope to change this statistic. I do not want any other family to suffer the pain that my family went through.